Now USB dongles from Embit are available on the website (with datasheets) from the new page:  http://www.embit.eu/products/usb-dongles/

Embit launches today its new website. Check it out! 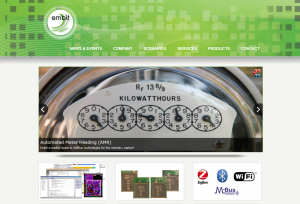 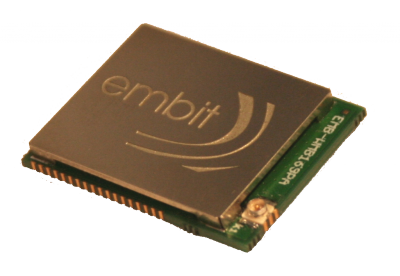 A newcomer in the WMB radio module series is ready to thrill the wireless M-Bus world again. The EMB-WMB169PAE operates in the 169MHz band similary to the EMB-WMB169PA but, with a little sacrifice in term of maximum output power (+27 dBm instead of +30 dBm), is able to greatly reduce the power consumption in transmission mode (around -25% at matching output power).
The powerful Embit W-MBus stack is fully compatible with the new EMB-WMB169PAE and ready to exploit its capabilities.

PRODUCT PAGE: the EMB-WMB169PAE is available as a variant (different part number) from the page of the  EMB-WMB169PA

The EMB-TRX169PA is a 169MHz transceiver module which is wireless M-Bus “N MODE” ready.

It is a low power / high efficiency cost effective radio module based on CC1120 Sub-1GHz transceiver from Texas Instruments. It can operate with the Embit Wireless M-Bus Stack, supporting FprEN 13757-4:2013 mode N protocol or proprietary wireless protocols.
The stack runs on the host board MCU (multiple platforms supported), interfacing via a SPI port and a few GPIO lines. All RF critical components (oscillator, matching circuitry, etc.) are included and pre-tested, ready for a seamless integration. 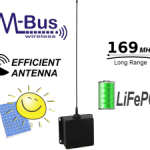 A complete product based on these solution is also about to be released. The EMB-RPT169 is a compact bidirectional repeater, operating on the 169 MHz band, which allows to greatly extend the coverage of a single concentrator.

It is based on EMB-WMB169PA module and exploits its potential, such as the +27 dBm output power and the low power consumption. The device can be supplied from ac/dc main, battery, or rechargable battery coupled with renewable energy such as solar panel (integrated smart charger for LiFePO4 batteries).

Configuration and management can be done entirely over-the-air. Being based on the Wireless M-Bus stack internally developed by Embit, the firmware running on the repeater is, of course, fully compliant with the last standard prEN13757:2012 mode N.